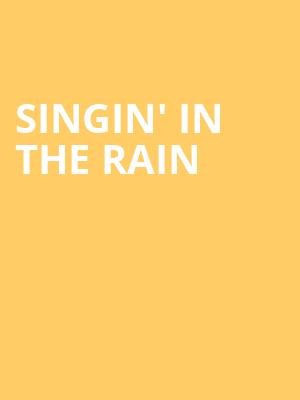 Photo by judith girard-marczak on Unsplash

Singin' in the Rain

The Golden Age movie splashes onto the stage

Why See Singin' in the Rain?

umbrellas at the ready!

Don't miss this exciting local production of what is widely considered to be one of the best on-screen musicals of all time. Based on the iconic Gene Kelly and Debbie Reynolds movie, Singin' in the Rain is a wonderful trip through the glamorous golden age of Hollywood.

Featuring the iconic 'splashing puddles' dance sequence, and many more well-known numbers, such as 'Make em' laugh' and 'Moses Supposes', Singin' in the Rain is a glorious, old-school delight.

After its initial release, the film was a modest hit with its brilliance being realized years later. The musical premiered on Broadway in 1985 and received six Drama Desk Awards and two Tony Awards for Best Actor in a Musical and Best Book of a Musical.

What is the story?

As the story begins, the movie business is transitioning to the new reality of the 'talkies', and finding out that some of their previously bankable stars don't have the most harmonious voices. This leads to a blossoming romance between leading man Don, and the jobbing actress who's hired to dub over his on-screen partner's lines.

Two hours and 40 minutes with one interval

Sound good to you? Share this page on social media and let your friends know about Singin' in the Rain at Centre Stage.