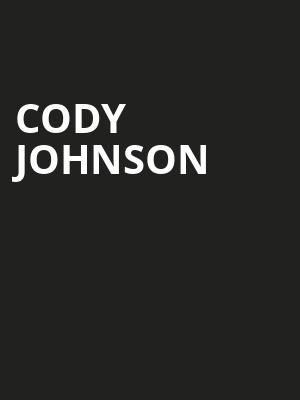 Ain't Nothin' To It

Country crooner Cody Johnson hits the road once again! Born in Texas Cody Johnson has garnered critical and commercial success with his authentic, classic country sound. Catch him live when he performs at a festival, fair or concert venue near you.

Having self-released six albums, Cody gained worldwide recognition for "Gotta Be Me", released in 2016 the album hit the number two spot in the US Country charts as well as hitting number 11 in the US charts.  Including his chart-topping single, "On My Way To You", "Ain't Nothin' To It" has solidified Cody as one of Country music's most prominent modern stars.

You may be required to have had a COVID vaccine in order to attend this performance or show proof of a negative test. Please contact the venue directly for more information on this.

My son and grandson took me to the concert. He could not have picked a... more

Sound good to you? Share this page on social media and let your friends know about Cody Johnson at Heritage Park Amphitheatre.