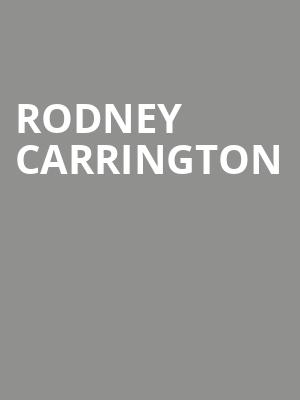 A gonzo country comedian in the not-so-grand tradition of Cledus T. Judd, Rodney Carrington delivers a Molotov cocktail of stand-up and satirical songs

BLUE COLLAR TO THE CORE

The stand-up comedian, actor, and country music artist with a Southern accent that could out-shame Yosemite Sam hits the road again with songs and jokes aplenty, with his act typically combining stand-up comedy and original songs effortlessly, while strumming his guitar as if it's second nature.

His jokes can be crude, sweary and blunt at times, famously demonstrated in his infamous song "Letter to my Penis", so this is definitely one guy to leave the kids with the babysitter for. His humor often centers on family life, his recently ended marriage and blunt observations on dating and socializing.

Aside from releasing six comedy and song albums, Carrington has starred in his own short-lived sitcom Rodney (2006) and alongside his idol Toby Keith in the 2008 movie Beer for My Horses. A proud honorory member of the Blue Collar comedians, Carrington is the only comedian with the honorific to successfully combine being both a country star and a stand-up comic.

Photo by Tim Mossholder on Unsplash

This was a half filled arena and Rodney gave a half-filled performance!... more

Sound good to you? Share this page on social media and let your friends know about Rodney Carrington at Peace Concert Hall.