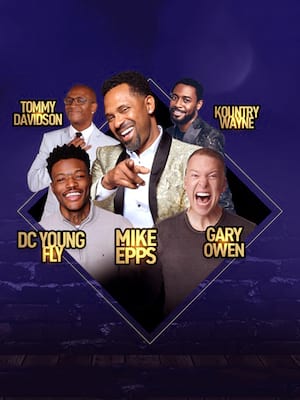 The celebrated entertainers will bring down the house with their sharp wit, unbridled humor and hysterical storytelling for a comedy show fans won't want to miss!

Mike Epps is perhaps most known for his epic and memorable role in 2000 comedy Next Friday. Since then, the actor and comedian has appeared in various films including How High, Resident Evil: Apocalypse, The Hangover and more. Before appearing in movies, Epps was a stand-up comic, getting his start on the Def Comedy Jam tour in 1995.

Seen The Fabulously Funny Comedy Festival? Loved it? Hated it?

Sound good to you? Share this page on social media and let your friends know about The Fabulously Funny Comedy Festival at Bon Secours Wellness Arena.