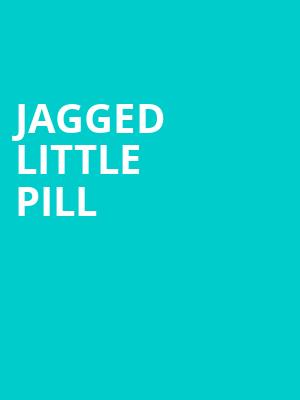 Please note, the above image is from the ART 2018 production of Jagged Little Pill and does not necessarily reflect casting for the touring engagement

What Is Jagged Little Pill About?

As their struggles entangle, the family's blatant denial of their problems - save for the rebellious wild child Frankie who rails against them in short sorts and protest picketing - begin to mirror the denial of their community at large when it comes to rape culture, addiction and self-expression. For all its topical turmoil, Jagged Little Pill brings as much heart to proceedings. Its bold, arena-sized storytelling, nuanced characterizations, and Morissette's alt-rock wisdom are immediately refreshing and make for compelling theater.

Two hours and 30 minutes, including intermission

Best Book of a Musical

Best Scenic Design of a Musical

Best Costume Design of a Musical

Best Lighting Design of a Musical

Best Sound Design of a Musical

Best Direction of a Musical

A fun ride with an amazing soundtrack!

If you thought you were an Alanis Morissette fan, cue Diablo Cody (Book) making her Broadway debut with Jagged Little Pill. The production features songs by Morissette's much loved Grammy-winning album plus a few new tracks, however, the storyline has

Corrie: “Saw this in Boston. ”

I saw this show in Boston and it was incredible. The original cast was... more

I read the reviews before going to the show and was kind of worried. A... more

Sound good to you? Share this page on social media and let your friends know about Jagged Little Pill at Peace Concert Hall.